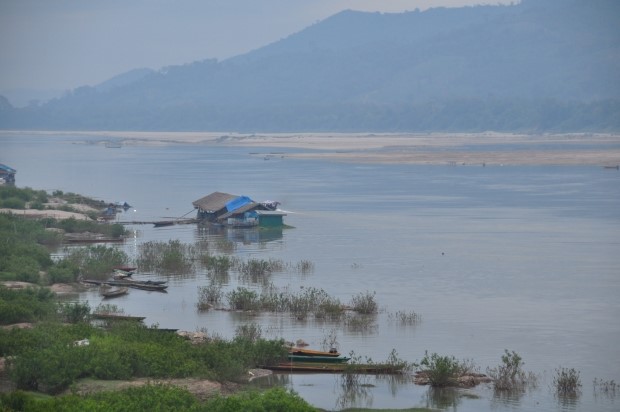 The Mekong River Commission (MRC) announced yesterday that Laos has formally notified the Commission of its intention to construct the Pak Lay dam on the mainstem of the Mekong River. The notification triggers commencement of the Prior Consultation procedure under the MRC’s Procedures for Notification, Prior Consultation and Agreement (PNPCA). Pak Lay is the fourth Mekong mainstream dam to be submitted to the procedure.
“The MRC and the government of Laos have failed to address outstanding, significant concerns associated with dams previously submitted for Prior Consultation. Proceeding with this dam is a clear distraction from existing obligations,” said Pianporn Deetes, Thai Campaign Director at International Rivers. “The project is expected to add to already significant transboundary impacts on communities in Thailand and throughout the Mekong River Basin, in addition to impacts on local communities in Laos that continue to go unaddressed.”

The proposed 770 MW Pak Lay dam is located in Xayaboury Province of Lao PDR. The dam is located downstream of the Xayaburi dam, which is now nearing completion, and approximately 100 kilometres from the Thai border.
"I'm really concerned about the project’s potential impacts on Mekong River ecology, especially on Kaeng Kud Ku rapids, a well-known tourist attraction that boosts the local economy in Chiang Khan district,” says Channarong Wongla of the Rak Chiang Khan Conservation Group in Loei province, Thailand. “We are affected every year by fluctuating water flows from Chinese dams upstream, and if the Pak Lay Dam is built, it will create huge impacts on the livelihoods of local people living along the Mekong River in northeastern Thailand.” 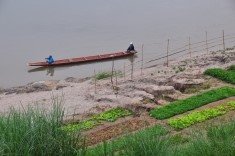 “Mekong villagers in Thailand have been waiting over five years for a decision in a landmark lawsuit challenging the decision-making for the Xayaburi dam. The Pak Lay dam downstream threatens to compound the impacts and dissolve any hope of accountability,” says Pianporn. “The MRC and the government of Laos are incapable of seeing the whole river; they simply want to divide it into sections to exploit. We are witnessing the unfolding of a social and ecological disaster.”

The notification for the Pak Lay dam follows, most recently, the Prior Consultation procedure for the Pak Beng Dam in 2017, the third dam on the lower Mekong mainstream, and the Xayaburi and Don Sahong dams preceding it. While the Pak Beng Prior Consultation process was an improvement over earlier consultations, quality of information and consultation remained inadequate. In addition, the Lower Mekong governments have failed to make good on commitments agreed to during the process. The governments agreed to develop a Joint Action Plan (JAP) to address unresolved concerns over the impacts of the project, however the JAP is yet to be publicly released. The Prior Consultation process for the Pak Beng Dam is also the subject of an ongoing lawsuit in Thailand’s Administrative Court.
In February, the MRC released its ‘Council Study’, which was initiated in 2011 to complement the Prior Consultation procedure with a cumulative, basin-wide assessment of proposed dam projects. The Council Study cost USD 4.7 million and took seven years to complete. The Council Study findings show that the series of eleven large hydropower dams on the Mekong River's lower mainstream and 120 tributary dams pose a serious threat to the ecological health and economic vitality of the region.[1] These impacts will drastically reduce food security and agricultural productivity, and increase poverty levels and climate vulnerability in many areas of the lower Mekong basin.

The lower Mekong governments have yet to formally recognize or endorse the Council Study findings or explain how the study will inform decision-making on Mekong dams.
“Mekong governments and their Development Partners have spent millions on a study to find that impacts of hydropower are severe and alternatives need to be seriously considered. Proceeding with the construction on this dam without serious consideration of alternatives is a waste of public funds,” says Maureen Harris, Southeast Asia Program Director at International Rivers. “Despite many promises for an improved consultation process, commitments to further studies and improved consultations have yet to produce a meaningful impact on decision-making, leaving communities vulnerable.”

The notification for the Pak Lay Dam states that the 770 MW project is not expected to commence construction until 2022. While electricity from the project is anticipated for sale to Thailand, no power purchaser or developer for the project is identified in the notification.
In March, Thailand’s EGAT confirmed that a decision on the power purchase from the Pak Beng Dam is delayed pending completion of a review of Thailand’s Power Development Plan (PDP), which is scheduled for completion in September. The electricity reserve margin in Thailand is very large - over half the energy currently being produced, indicating little need for new installed capacity. The current PDP review was spurred in part by the emergence of new technologies in the Thai energy sector and recognition that renewable energy sources, such as wind and solar, are swiftly becoming mainstream in the global energy market.
In a key recommendation, the Council Study report urges MRC member countries to give serious consideration to the impacts and of proposed dams and examine emerging energy technologies as increasingly viable and sustainable alternatives to planned hydropower development.

We urge the lower Mekong governments and the MRC not to press forward with yet another contentious Prior Consultation process and to transparently address concerns over existing projects. We further call on lower Mekong governments to commit to taking up the recommendations of the MRC Council Study. A moratorium should be placed on further hydropower construction within the Mekong Basin until a regional study of renewable energy technologies and an options assessment of alternatives to hydropower development is completed.

[1] The study predicts that proceeding with current hydropower plans will produce massive trade-offs between water, energy and food. Predicted impacts include, by 2040, a 30-40% decrease in Mekong fisheries - a loss of about 1 million tons per year - and a staggering 97% reduction in the sediment load reaching the Mekong Delta.

Posted by nhomlymha at 2:15 PM