Billion-dollar dams are making water shortages, not solving them 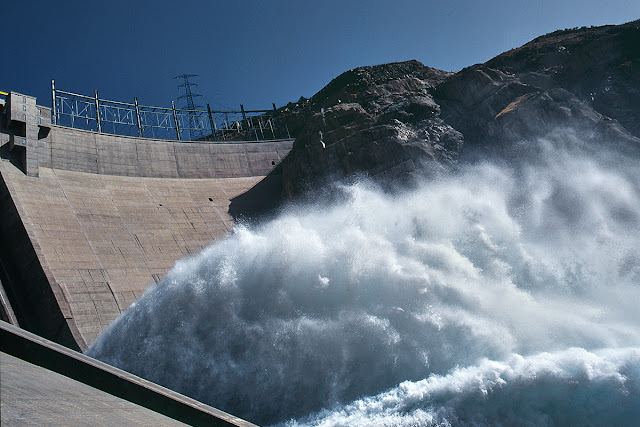 Who are the winners and losers?

Dams are supposed to collect water from rivers and redistribute it to alleviate water shortages, right? Not so fast. It turns out that in most cases they actually create water scarcity, especially for people living downstream.
Almost a quarter of the global population experiences significant decreases in water availability through human interventions on rivers, says Ted Veldkamp at Vrije University in Amsterdam, the Netherlands. Those interventions primarily involve dams that take water for irrigation or cities, or to generate hydroelectricity.

Winners and losers
To investigate the impact of dams on communities, Veldkamp and her colleagues created a detailed modelling study that divided the world into 50-kilometre squares. They used this to assess water scarcity between 1971 and 2010, so they could identify the hydrological winners and losers from dam interventions.
Advertisement
The team found a drastic reshuffling of water-scarcity hotspots over time, with mostly people upstream benefitting from the capture of river flows, but those downstream left high and dry.
“Water scarcity is rapidly increasing in many regions,” says Veldkamp.  A recent study put the number of people living in areas of such scarcity for at least one month a year at 4 billion. Many blame climate change, but that emerges as only a small element in the new study.

Shifting resources
Large rivers in which upstream dam activity has led to water shortages downstream include the Yellow River in arid northern China; the Ganges, where upstream activity in India has damaged livelihoods in downstream Bangladesh; the Euphrates, where Turkish dams cause drought in Iraq; and the Colorado River, where US abstractions leave little water for Mexico.
Richard Taylor, CEO of the UK-based International Hydropower Association, which represents many dam builders, dismissed the findings.
“The major driver of building a reservoir is to store fresh water so as to smooth the irregularity of natural flows, absorb floods and guarantee minimum flows during drought periods,” he says. “These fundamental services are exclusively downstream benefits.”
Yet the study finds that the worst impacts of dams happen in months with the highest pressure on water resources. Veldkamp says dams also increase the average duration of water-scarcity events.


Under pressure
Many nations see dams as an important way to fight climate change – both by diverting water to alleviate shortages and by generating low-carbon hydroelectricity to replace power stations that burn fossil fuel. “In most parts of the world, water storage will be fundamental to the viability of human livelihoods,” says Taylor.
But Veldkamp’s findings suggest that, whatever the intention, collecting more water behind dams often aggravates shortages. Building more dams “might mitigate tomorrow’s climate change impacts for a certain group of people whilst putting others under pressure today,” she says.

Posted by nhomlymha at 8:54 AM