Crocodiles Are Not Geckos: The Realities Of Run-Of-River Hydropower 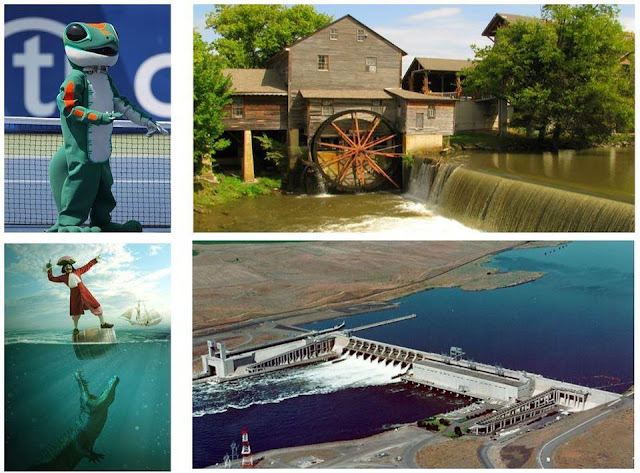 A mill dam (above) and Ice Harbor Dam on Snake River (Washington, USA).

Too often, proponents of a specific dam apply this faulty logic and tell decision makers that a crocodile is really just a gecko.  For example, the debate on the Xayaboury Dam on the Mekong River in Laos—a massive dam that, in terms of environmental and social impacts, is much closer to Tick-Tock the Croc from Peter Pan than that cute little Geico spokesreptile—was muddied from the start by the inaccurate claim that, by being a run-of-river dam, it would have very limited impacts.

Note that in addition to the flawed logic, the common assumptions about small and run-of-river hydropower stated above have two other problems.  First, small dams can, in fact, have serious impacts (as I explore at length in this earlier blog post) - akin to living in a world with diminutive, but fatally venomous, geckos and/or otherwise normal geckos that rove around in ravenous and aggressive packs.  Second, run-of-river dams very often do affect a river’s flow pattern, but in a way that slips through a loophole in the definition of run of river.  More on that later, but now let’s explore the overarching misleading assertion that run-of-river dams have little or no impact.

The other broad category of dam can be called a “storage dam” because it does hold back and store water in a reservoir and, at various times of the year, the flow of water below the dam is different than the flow of water above.

In general, dams can cause a range of impacts on rivers and communities, including blocking fish migration and capturing sediment needed to maintain downstream deltas.
How do run-of-river dams compare to storage dams across those major types of impact?
I’ll go into more detail below but, in short, run-of-river dams can cause significant impacts on rivers.  In some situations, these may be lower than those of a specific storage dam, in other situations the impacts can be just as high.  It really depends on the dam.

In other words, the term ‘run-of-river’ on its own provides little useful information about a given dam’s impacts.  The term’s lack of utility owes to the fact that while it may have begun as a phrase most often applied to quaint New England mill dams, it is now applied to structures that are literally thousands of times greater in scale than a mill dam.
Actually, the confusion in terms goes even deeper: run of river is often characterized as being a form of hydropower that does not require a dam at all.

To illustrate: a 2010 blog post on run-of-river hydropower in Forbes perfectly encapsulates the confusion and imprecision swirling around this term.  The post states that “run of river just might be the ultimate in green power”, defining run of river as distinct from dams by stating, “hydroelectric power generation is not limited to just dams… run-of-river projects are a less expensive, more efficient, and fish-friendlier way to get in on the energy game” and adding that “run-of-river projects simply use a weir (a small, only partially blocking dam) to divert some water.”

But the post later states that the “premier U.S. run-of-river plant [is] the Chief Joseph Dam on the Columbia River in Washington State” with a capacity of 2,600 MW.
Did you catch that? The word “Dam” has snuck into the plant’s name, a fact that might cause an observant reader to question whether run of river really applies only to small weirs that don’t block a river.  The picture below of Chief Joseph Dam will help answer that question and clarifies this reality: run-of-river projects are generally not a way to generate hydroelectricity without a dam.  Most include a dam that block the river. Some are huge. 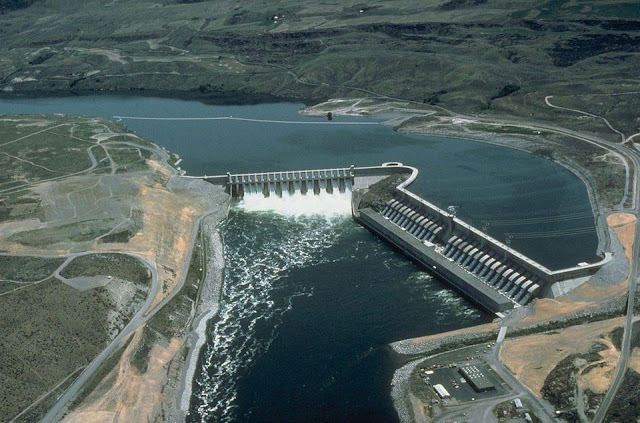 The point here isn’t to swing the pendulum from a presumption of no or low impacts from run-of-river projects toward a presumption of high impacts.  Rather, it is to affirm the rather obvious point that debates about energy development options are poorly served by ambiguous terms and, worse, by arguments that use that ambiguity to intentionally mislead decision makers and the public.  Nearly all types of energy projects have impacts; as the world seeks to achieve the grand and urgent mission of decarbonizing energy systems and economies, we need transparent and accurate information about projects’ impacts so that decision makers and the public can fully understand trade offs when choosing between options.

To better understand those trade offs, let's review how dams can impact rivers’ social and environmental resources:
·       The water backed up behind a dam can inundate crops and towns, requiring people to be relocated.
·       Dams can alter the pattern of flow in a river, such as reducing high flows (when water is stored in the reservoir behind the dam) or increasing the flow during dry periods (when the reservoir releases that stored water).  Because a river’s pattern of flow can be crucial to the health of ecosystems and species—for example, high flows often serve as a signal for fish to reproduce—these alterations to flow can have significant negative impacts on environmental resources and people that depend on them.
·       Dams block the movement of fish, and other species, both upstream and downstream.
·       Rivers don’t just carry water downstream, they also carry sediment, such as silt, sand and gravel.  These sediments are critical for maintaining river deltas, home to more than 500 million people and some of the most productive croplands on the planet.  Dams trap sediment behind them, depriving deltas of what they need to be replenished, particularly in the face of rising sea levels.  Many deltas around the world—including those of the Mississippi, Nile and Mekong rivers—are sinking and shrinking in large part because the sediment they need is trapped behind upstream dams.

It is true that the biggest displacement of people will come from large storage dams that back up massive reservoirs.  But run-of-river dams can also cause displacement.
As far as flow, I’ve already hinted that run-of-river dams can have impacts.  A standard definition is that a run-of-river dam will have equal flow above and below it over the period of a day. But these dams are often operated to release little or no water for 18 or 20 hours and then to release all of the accumulated water in the remaining four or six hours.

This mode of operation allows the dam to help meet peak electrical demands, which is useful, but it can also have major impacts to river ecosystems and people. The downstream river goes from the equivalent of a historic drought to a major flood every single day, often with a very rapid transition, which can flush fish downstream (as flow surges up) and/or leave them beached or stranded (as flow drops).  This pattern can also be very problematic for navigation and riverside agriculture, and even dangerous for people surprised by sudden increases in flow.

For people or fish experiencing significant impacts from these major fluctuations, the fact that the dam does not change the daily average of flow is meaningless. It would be like reassuring an agitated hotel guest that the climate control of her room is working fine because it produces an average daily temperature of 70 degrees -  even as she experiences 18 hours at 55 degrees and six hours at 115 degrees.

Finally, when we consider impacts on the movement of fish and sediment, the key question is not whether or not it stores water, but whether or not it acts as a barrier or trap.  And many run-of-river dams are both barriers and traps. 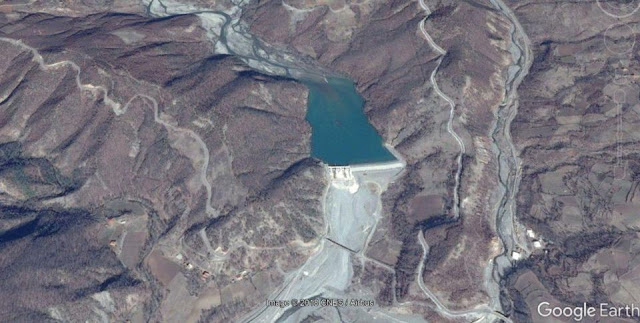 Some run-of-river dams divert most, or even all, of a river’s flow into a canal or tunnel to flow toward a powerhouse downstream where it rejoins the river (in some cases the tunnel leads toward a different river). The de-watered stretch below the dam illustrates a way that run-of-river dams can be a barrier to fish movement.

Google Earth
Nothing perhaps illustrates the often-deceptive imprecision of the term “run-of-river hydropower” than the proposed Sambor Dam on the Mekong River in Cambodia.  The dam would span eighteen kilometers across the river and floodplain (yes, that is not a misprint, I do mean a dam length of 11 miles) and back up water for 82 kilometers, displacing 20,000 people.  That extent of still or slow-moving water would capture nearly all the sediment delivered to it, causing one the largest single losses of sediment to the downstream Mekong Delta.  Home to over 20 million people and producing half of Vietnam’s rice crop, the delta requires an annual replenishment of sediment to rebuild itself and keep pace with the forces bent on turning it from land to water, including storms and rising sea level.  With current plans for dam development in the Mekong basin, the delta is projected to be largely under water by the end of the century.

The Mekong also supports the largest freshwater fishery in the world, 11 million tons annually, providing livelihoods and food to tens of millions of people.  Much of the harvest comes from fish that migrate past the Sambor dam site.  According to a recent comprehensive study of Sambor conducted by the Nature Heritage Institute, the proposed dam site is “the least suitable place for a physical barrier in the Mekong Basin” and, if built, the dam would have the “largest impact on the Mekong fishery” of any possible dam in the river basin.
But at least it would be run of river.

An 18-kilometer long, prehistoric mega-crocodile of a run-of-river dam.
But with each passing month, countries have increasing options for avoiding high-impact dams.  NHI’s Sambor report includes a detailed proposal for a solar project—floating on the reservoir of an existing hydropower dam—that could offset much of the generation foregone if Sambor were not built.  More broadly, there is nearly 70 times as much potential generation from wind and solar on already converted land in Cambodia as would be produced by Sambor, and solar investment in Cambodia is beginning to grow.

Due to the renewable revolution—the rapidly falling cost of wind, solar, storage and other technologies—it is now clear that countries can build power systems that are low carbon and low cost and that also have low conflicts with communities and rivers and other environmental resources (WWF and TNC explore the potential for the renewable revolution to promote better outcomes for rivers in a report released earlier this month).

Increasingly, some forms of hydropower are becoming less competitive and less needed.  But some hydropower projects can play a key role in backing up wind and solar and allowing a higher proportion of those variable sources in a grid.

Designing power systems that are low carbon, low cost and low conflict (LowCx3)—including determining the potential contribution of hydropower within those systems—requires a clear understanding of the values and impacts of various generation options – in other words, what they contribute to the grid and how they interact with the environment.  Going forward, that should be how hydropower projects are assessed, and not based on simple categories such as run of river.

(This is the second in a series on common misperceptions about hydropower that can interfere with transparent assessment and decision making; the first focused on small hydropower).
Follow me on Twitter. 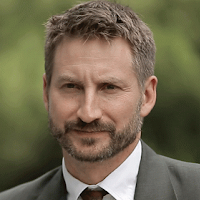 Contributor
As global lead scientist for freshwater, I work across WWF’s network and with external partners to integrate scientific research into strategies for river conservation and sustainable energy development. My recent research has focused on the economic, financial and environmental dimensions of hydropower development and operation. My scientific and policy research has been published in journals such as Science, BioScience and Ecological Applications and am the lead author of the book Floodplains: processes and management for ecosystem services, published in 2017. I hold a PhD in ecosystem science from the University of California, Berkeley and a B.S. in biology from Duke University.

Posted by nhomlymha at 1:06 PM

Email ThisBlogThis!Share to TwitterShare to FacebookShare to Pinterest
Labels: Hydropower